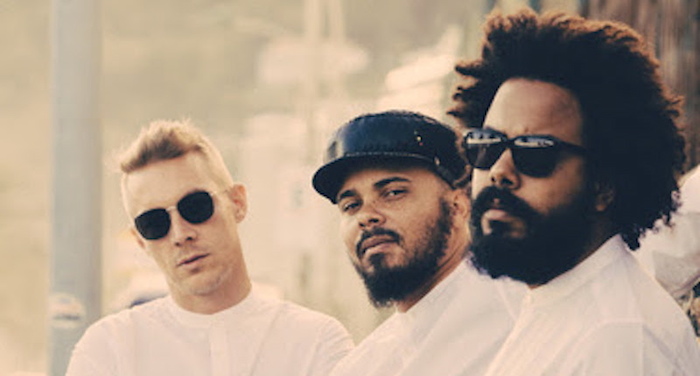 New York - Peace Is The Mission, the new album from Major Lazer, is out now on Mad Decent. Lead single “Lean On,” which features MØ and DJ Snake is currently number one on Spotify’s global charts; the first ever independent release to reach the chart’s top spot. Additionally, the track is approaching the top 30 at pop radio and went certified double Platinum in Australia, Denmark, Norway and Sweden, as well as going Platinum in the Netherlands and Gold in Finland, Italy and Spain.

“Lean On” is the most streamed Major Lazer track ever with over 307 million plays worldwide and is currently number one worldwide on Shazam. Watch the video, Major Lazer’s highest streamed with 103 million views HERE.

“Major Lazer is just a group of friends who all came together years ago,” says Diplo of the new release. “This album is a learning process for us—trying to make new things, making new friends and going for a bolder sound. The only rule we have is nothing was off limits to make this album. We hope you like it.”

The new release is the first of several albums to come from Major Lazer over the next year. Peace Is The Mission features contributions from Ellie Goulding, 2 Chainz, Pusha T, Travi$ Scott, Wild Belle and more, in addition to a remix of Major Lazer’s contribution to the Hunger Games: Mockingjay Pt. 1 soundtrack: “All My Love” with Ariana Grande and Machel Montano.

Major Lazer is the dancehall-inspired project comprised of Diplo, Jillionaire and Walshy Fire fronted by fictional Jamaican ex-commando, Major Lazer. Peace Is The Mission follows the group’s previous two LPs, Guns Don’t Kill People…Lazers Do and Free The Universe, both released to widespread critical acclaim. Founded in 2008 by Diplo and U.K. producer Switch, the group has toured worldwide and collaborated with Pharrell Williams, Bruno Mars and Ezra Koenig of Vampire Weekend along with dancehall legends like Busy Signal, Vybz Kartel and Elephant Man.

Diplo, also known as Wesley Pentz, is a Grammy-nominated producer, whose meteoric rise from the Philly club circuit has led to collaborations with Beyonce, Usher, Snoop Dogg, No Doubt, Lil Wayne, Justin Bieber, Iggy Azalea, Britney Spears, Chris Brown, Madonna and many more, amounting to more than 13 million track sales to date, as both a producer and an artist.

Diplo was catapulted into stardom following work with M.I.A. on her acclaimed mixtape Piracy Funds Terrorism Vol. 1 and her 2007 smash, “Paper Planes,” which reached number four on the Billboard Hot 100 and earned a Grammy nomination for “Record of the Year.” Diplo’s newest project is Jack Ü; a collaboration with fellow EDM superstar, Skrillex. The duo headlined Madison Square Garden on New Years Eve 2015 and their debut album, Skrillex and Diplo Present Jack Ü, is out now.

Keep up with Major Lazer through the official website and these social media outlets: