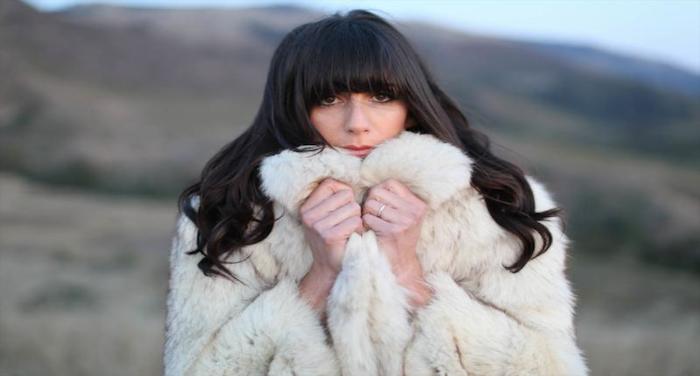 New York – San Franciscan six-piece band, Nicki Bluhm and The Gramblers, have just given fans a first taste of their upcoming sophomore record. “High Neck Lace,” a soulfully country-tinged, down tempo track, is the first song from the band’s forthcoming album, Love Wild Lost, due out April 21 from Little Sur Records.

(Those familiar with the band will remember this Best New Bands interview with Bluhm from 2012 and those just discovering the group can get caught up to speed.)

Nicki Bluhm and the Gramblers are stepping closer to their sophomore album and the level of artistry and vision is clearly turned up for this record. Enlisting the support of producer Brian Deck (Modest Mouse, Iron & Wine, Josh Ritter) and their local musical peers, the Magik*Magik Orchestra (Death Cab for Cutie, The Walkmen, Nick Cave & The Bad Seeds), Love Wild Lost shows a significant shift the Gramblers’s interpersonal perspective and musical direction. Bluhm is noted as attributing these changes to the band’s life over the past three years since their self-titled debut was released in 2012.

“After three solid years of playing as a band across the country, we have had time to learn, reflect and grow. This album displays a departure into the deeper and more contemplative themes of people in transition and the struggle to retain the energy and optimism of youth as life becomes more complex.”

In addition to traditional promotion and the release of “High Neck Lace,” the Gramblers are about to kick off a series of month-long residencies at smaller, more intimate venues in Nashville, Chicago and their hometown around the San Francisco Bay Area. The group has also lined up a slew of headlining shows and performances for approaching festivals throughout the summer. More dates are due to be announced soon. Full info on current dates in below.

Love Wild Lost is available for pre-order through iTunes now.

All pre-orders grant an instant download of “High Neck Lace,” a free download of the track “Waiting On Love” on Tuesday, April 7 and an early download of full album on Friday, April 17.

Keep up with Nicki Bluhm and the Gramblers through their official website and these social media outlets:

Catching Up With Nicki Bluhm