Brendan Benson has had a busy past years, but that’s what happens when you run with Jack White. As we reviewed his show last week, Benson has the chops to cut it live and has learned how the handle a crowd from the reigning king of indie rock. It’s hard to believe that the singer/songwriter and Michigan-native has had an such an interesting run, that has spanned nearly 16 years.

Beginning with the release of his first solo album back in 1996, Benson has long been a critical darling, but that hasn’t necessarily translated into gigantic, record breaking sales. After his first record was a commercial flop, he was let go by Virgin Records and toured with The Well Fed Boys, which featured his buddy Woody Saunders behind the kit. This is the first of many groups that Benson lent his talents to. Think of him as the anti-LeBron James, joining forces with a group of superfriends but for a greater good.

After a six year break in between solo material, 2002 proved to be a breakthrough year for the singer. Lapalco was released and unlike his debut, One Mississippi, the album proved to be both a critical and a bit of a commercial hit. His song”Good To Me” from appeared on the British show Teachers during series three and was included on the series soundtrack, but that wasn’t the best thing to happen. It just so happen to catch the attention of one Jack White, who recorded a cover of the song for the White Stripes, which ended up being the B-side to “Seven Nation Army.” Yes, that “Seven Nation Army” that you hear at every single sporting event and remains a staple on rock radio. Needless to say, this was a shot in the arm to Benson’s solo career. 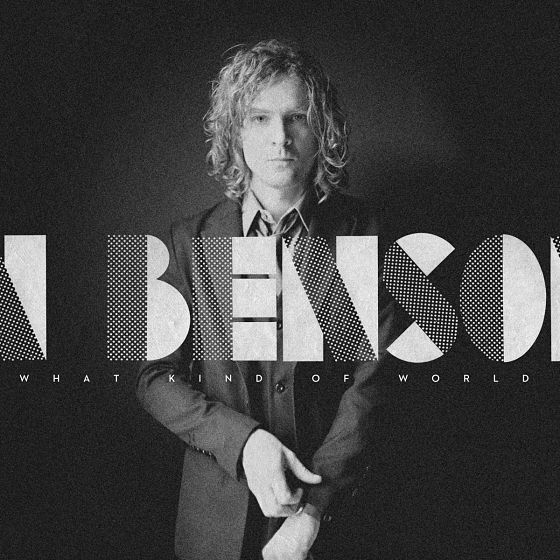 Though an EP release followed, it was his work with the aforementioned White that garnered Benson his notoriety. Following the release of his third solo record, Benson and White, along with several other musicians, became The Raconteurs, which was a collaborative effort between them and Jack Lawrence and Patrick Keeler of The Greenhornes. This project is debatably is what put Benson on the map to a widespread audience who weren’t familiar with his earlier solo material. Though the project was never intended to become a full-fledged gig, naturally, it was successful and spawned two albums.

When The Raconteurs stopped in 2008, Benson turned to producing, working with outfits like The Greenhornes, The Nice Device, The Mood Elevator (a permutation of The Well Fed Boys), Whirlwind Heat, and the The Waxwings. In 2010, he teamed with Raconteurs touring member Mark Watrous under the names Midas Well and Upton O. Goode, better known as Well and Goode (get it?) to release a 7-inch single

Though he became a producer and had success doing so, the singer/songwriter didn’t drop his own music career at the expense of helping others. This past year, it seemed natural that he formed Readymade Records, his own label and subsequently released his fifth solo album, What Kind Of World, on April 21. He also signed proteges Young Hines to his label, whom he subsequently out on tour with him on his current run

All in all, Brendan Benson has carved out a nice career for himself by making the music that’s natural to him, while playing with some of the biggest names in indie rock. Having been rocking for 16 years, don’t expect the Michigan-native to stop now because if we go by what’s he accomplished so far, he is going to keep getting bigger and better.

Brendan Benson And Young Hines Light Up The Independent

Artist of the Week: Edward Sharpe and the Magnetic Zeros